All posts in Wedding Goods

I traveled to ICELAND. At this point in time, I had already planned to purchase my soon to be fiancée’s (optimistic/excessively confident plan?) engagement ring during travel. My mind was racing with excitement to go on the treasure hunt of my life; to bring back memories and stories that I could soon share with the most beautiful woman, Jessi. The thrilling story that I built up in my head was nothing short of thrilling, yet as most stories go it was not even close to what I imagined…

The thrilling story that I built up in my head was nothing short of thrilling, yet as most stories go it was not even close to what I imagined… 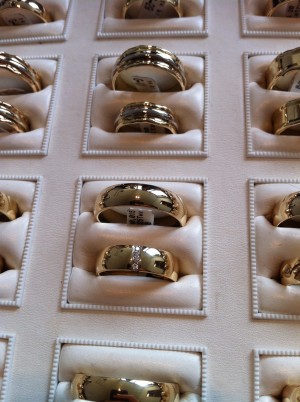 From day one in the capital city of Reykjavík, my family and I began the hunt. We were earnestly seeking out good jewelers all around the city, and as our two week vacation journey was filled mostly with icebergs, volcanoes, hot springs, caves and sheep I had to take every opportunity I had to seek out big city action. As we shopped around, store after store, cookie monster street names (hilarious reference from a lost New Yorker we met in Iceland) were blurring together and I was not able to find one place with a simple diamond in the center of the ring!! As I scratched my head in wonder, I finally asked a local what the meaning of this was and here is what I got:

The culture is very different in Iceland (are you surprised?). Here in America, we tend to like the showy, flashy celebrity 10K Diamond rings. Apparently in the land of Ice, they simplify the designs, and any stylistic additions are intended to mimic the majestic natural surroundings. Both man and woman have matching bands, and for a large majority of the married couples, the wedding band doubles as the engagement ring! The couple would wear it together from the engagement on past the wedding to eternity. Funny concept, right?

At first I was rather perturbed about this because although I knew Jessi did not want a diamond the size of her eyeball, a diamond still has great significance. Such a beautiful stone that has been pressurized out of carbon to become a stunning beauty of symbolic marriage fortitude is still quite meaningful.

Well, I thought, maybe another city will bring my excitement back up on this subject – no need to get down about it just yet.

The second largest and most populous city in Iceland was where we were about 6 days into the trip. Of course the one decent looking jewelry shop was closed for the weekend. Not to mention a national holiday would make it closed the final day of our stay there…on a Monday of all days. That was quick!

After over a week and a half of time went by, I had done quite a bit of brainstorming. One, I couldn’t get a specific shop that we stopped at in Reykjavík out of my head. Another, the concept of the matching wedding bands started to come across as genius to me. I even began to think that I would not want it any other way. Maybe it was the simplistic design of an intricately amazing country that had been rubbing off on me? Possibly it was the story that I loved: a part of my heart was found in the stunning landscape and advanced culture which seemed to know a bit more than we do about how to enjoy life in complete appreciation of God’s creation. Regardless of the reason, I had made a considerately large decision to pinpoint Gullkunst Helgu on the third to last day of our trip (since we would be coming back through civilization to arrive at the airport on time). There was a particular design that I wanted to look at again, and the thought of it lingered with me for the second half of our trek. 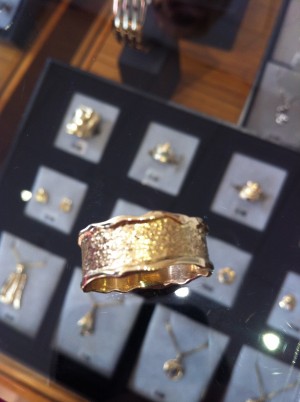 This was the exact design I chose for our rings (mine is cut wider), only in white gold 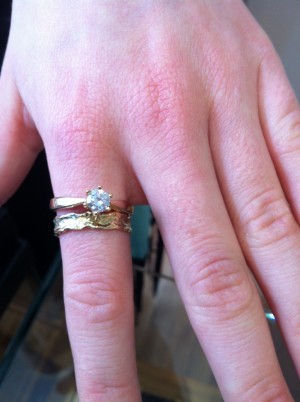 Although I did not purchase the engagement ring in Iceland, I did find a beautiful wedding band! 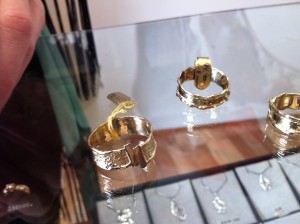 It’s go time. Fortunately, my family had rented two little Ford Fiestas, and that meant that I would break away for a day to myself to sort out my thoughts and pick the ring of my liking. Two hours of driving later, I was back in Reykjavík, mother for advice in tow.

That was it. I knew what I wanted as soon as I saw it, and a calming peace flowed through my body that the decision was done! We worked out a deal with the vendor of the shop to create my rings in white gold, however it was another holiday the next day. The kicker being there was no promise that we would get it before we left the country. I went back to the hotel after losing some hope that this would become a reality (returning to the states June 17th, and my proposal was planned for July 5th) and prayed that if it was God’s will that it would all work out.

After the holiday, we popped in to the shop even before the goats and puffin were awake and were so grateful to see the doors open one more precious time. As an answer to prayers, the owner of the shop happened to be in, and after describing to her my situation she nodded her head appropriately and said, “We will have it for you by the end of today.” Now my blood was really flowing! I could almost not believe that through the journey/insanity of the most epic family trip, I would be the most thrilled to see a piece of metal be created into one limitless band. My family continued on towards the airport an hour away, and I stayed in the big city to soak up the immensity and excitement of that moment.

I ate sushi in an open air dojo, and walked around the entire city seeing art, sculptures and people that I had overlooked before. It was a surreal experience considering the sheer beauty of the country that I witnessed, coupled with the magnitude of knowing that I was ready and that God had prepared this perfect moment for me. What I failed to mention was that this would not have been a reality if it wasn’t for an IcelandicAir strike. Because of unhappy airplane workers our flights back home were set back a day. Thus allowing me to come away with the perfect ring for my lady, and the Icelandic metal workers were able to do their masterful work on our bands.

It all fell into place as my friend Jarred Cavaness at Chris’s Jewelry in Fremont set me up with the ideal setting to hold my mom’s first diamond from my dad for Jessi’s engagement ring. This happened the week I got home, and yes, she said yes. 🙂 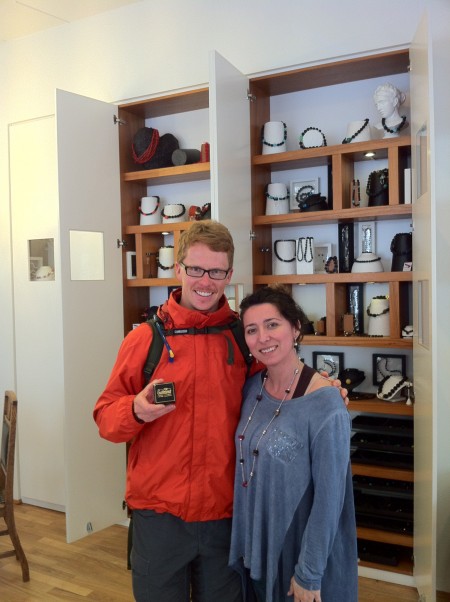 Made the purchase with my saleslady Minerva! 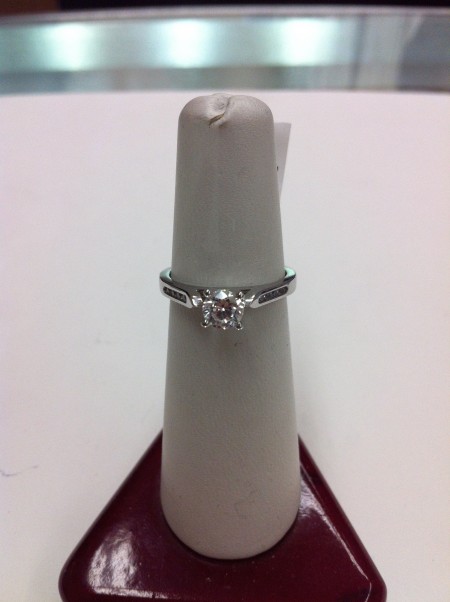 Take a peek at some of the images I snapped while touring the city at this page: Listaverk (Artwork)

God is real. His promises are true. I love Him with every ounce of my being. Praise God for this opportunity I have at life, and for Jessi – the angel that I get to experience it all with.

A Life with You

This is the song I sang to Jessi the evening

that I proposed to her. Here goes!

I’ve been seeing God’s hand in mine

I’ve been watching faith in you fill

I’ve been watching His mighty will

I’ve been watching His mighty will

So define a life with you

And this dream is real to me

I now know what I have found

An excellent wife who can I find?

Strength and dignity are her clothe

And she smiles at the future

But a woman who fears the Lord

She shall be praised Amen

And love, let it be found

Our hope is in Him now

Broken we are found

So will you marry me?