All posts in Prayer

I wrote something about prayer. This what I have been learning. I hope it accomplishes all that God would intend for it. It is a little long but it would make me HAPPY if you take the time to read it – i’d like to hear your thoughts.

Best to you all, Chelsea

What is prayer, expect a voluntary expression of love to God.

We can make it many other things though. It is possible to come to God in all sorts of postures – fear, performance, eloquence, justification, ritual, approval of man & even superstition.

But we shouldn’t come these ways. Not because they are “bad,” but because they are symptomatic of brokenness in our relationship with HIM. It should be a sign that something may be missing. I do not mean to condemn at all – a sign is just a signal, an opportunity to address what’s at the root. It’s actually good, because if we are humble and willing to hear the truth and change, relationship can be healed and made anew.

Man expresses the likeness of God in many ways, and like man, He is not happily moved by a desperate attempt at fulfilling the ego-driven self. What I mean is, He’s not moved in a way that would ultimately be for LIFE. For example, He DID respond to the Israelites grumbling for more than bread with enormous amounts of meat…and it caused them to be SICK. And even after God responded, they still had a complaining heart. Furthermore, He DID respond to Moses insecurity by providing Aaron as his mouthpiece, but He was disappointed and frustrated & Moses wasn’t anymore brave. 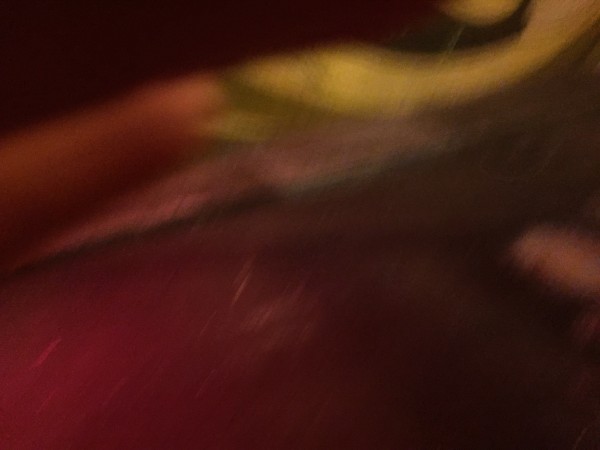 God is after intimacy. And I believe He does want to respond, but more than respond, I think he wants a “helper” and a partner, in the same way that we as people do. He is after a shared experience of caring the burden, responsibility and heart of the KINGDOM. We see this in many instances in the bible.

For example, God saw that John that Baptist’s parents, Zacharias & Elizabeth were God-fearing people and so he answered their cry and gave them an opportunity for PARTNERSHIP. He rewarded Mary’s God-fearing nature by allowing her bear the savior of the world. He saw the bravery of Shadrach, Mishach and Abednego – their unrelenting commitment to worshiping their God, no matter the consequence and He VOLUNTARILY delivered them. When Peter was in jail for preaching the gospel, the saints prayed and he was delivered. The Jericho walls came down AS the people walked around the wall seven times.

And a current (1950’s) story. When Jim Elliot and his 4 missionary companions were being speared to death by the Auca Indians, God’s angelic presence surrounded them. I kid you not…it was later revealed by the Auca Indians, separately during interviews many years later (after reconciliation and coming to Christ), that while they were being murdered they saw “shiny, white, beings” surrounding the men. They of course did not know what this was…but we know. These were the messengers of God giving witness to their death and ushering them into heaven. Wow and wow!!!

Listen, I’ve tried to control SO much, even in “prayer”. But the older I get, I realize how little I can control apart from how I respond to what is given. God is like this. He has many options and all the power. Still, He has chosen NOT to control everything. He has CHOSEN bear the burden of reality. He has chosen to be long-suffering. He chooses to be so patient. He chooses to run the risk of being REJECTED so that He will have those who will, come in freedom of choice. He chooses to accept only what is VOLUNTARY. At least for now. He will not always be like this, but this is what He has voluntary given himself to. This is what we can voluntarily come to as well.

While there are things we “need” and we ask God of them, there are greater needs. There is our greatest need of INTIMACY with Him and with others. There is a deeper purpose established in the Garden to be restored – to walk “in nakedness”, so to speak, with God yes, but with each other too.

There ARE needs. But there is also a broken world. There is also our own brokenness. There is also sin. These complicate a lot of it. There are not “easy” answers. Getting our answer may not be what is best. And that is hard. But if we can suspend CONTROL and volunteer our own charity and devotion back, greater understanding increases. And as a Christian, this vision is a call to LIVE in the world with that reality and to love the church and to be loved by God. It is, as John said, to BE THE LIGHT so that the world may see our GOOD DEEDS and PRAISE OUR FATHER IN HEAVEN.

The world does not need a reminder of sin as much as they need to SEE the HOPE of something different. Repentance is as much of turning FROM something as it is TO SOMEONE. Their sin is revealed when they see their own brokenness in LIGHT of what real health and restoration of the soul is. When they see TRUE riches in and among us.

So what is my calling? It is practice the character of God with what I have been given. I have made a lot of mistakes. I bear the weight of some of them now. But in repentance, I get to practice wonderful things such as: patience, long-suffering, hopefulness and empathy with the world.

So we may PRAY for a great many things and this is good. But does not our being cry out for ONENESS, closeness, love, intimacy, purpose and HOPE. God does too. He is after these things. He is after a VOLUNTARY expression of praise. He is after being desired.

This is why he says, “I do not delight in sacrifice. But COMPASSION.” We may be able to OBEY, PRAY, COME TO SERVICE, GIVE and a great many other things. But if our heart is one of SACRIFICE, of feeling like “we have given so much!!” and not COMPASSION or love or devotion or gratefulness, then I feel like God may be broken hearted. I think he will be grieved that he has a person who does not delight in Him after all He has done. And if that persists long enough, it grows into entitlement and anger and bitterness and greed and PHARISEEISM. This end He is VERY mad about because it influences people to stay away from God and to challenge Him. People who adopt that continual lifestyle of “sacrifice” end up HATING the people they are called to love for their sin or religious differences. This is much worse than basic sinning because it positions people to either avoid God altogether or take on a “I-sacrifice-so-much for God” attitude.

God says FEAR him….but he doesn’t say AVOID him. God says to FEAR him, not to SCARE people. He wants respect and closeness and a people who understand HIS BURDEN and HIS PURPOSE. Anything less than this is missing his standard…and likely sin.

I feel the need to emphasize that sin is NOT a monster or something to fear. It is just distance from God. It is again a symptom of a reality within. BUT, it can be fixed with a humble heart! It is not so ugly that we cannot be near it. In fact, we are to be HOPE amongst it. We OWE the world in showing them it is possible. How? By softening our hearts to them who are in need. We need to know that it is not the SIN to fear but the distance from God because that leads to an unfixable end, separation forever. That is the real sadness. When being close to God IS possible, but we make it appear difficult by “putting a load on people that we do not lift a finger to bear.” May we never be like this!

So let us come to God with a humble heart. Let us bear our hearts before Him. Let us remember our OWN sin and the GREATNESS of the forgiveness of God for those who will gladly receive it. This love is inspiring!

Let us then actually COURT our God. To win his heart. To please him. To be as the church is to be, “the girlfriend” to the groom. To prepare ourselves. To be excited to make him GLAD. I feel that then we will have an opportunity to MOVE him to VOLUNTARILY give. Then, instead of some answer or miracle apart from us, it will be an answer to prayer, a miracle through us, in us, and for the WORLD.

Write your thoughts on Prayer. Send them this way ——–> Prayer Thoughts

10 Ways to Pray for our Persecuted Family

This is a list that I got in the mail yesterday from The Voice of the Martyrs organization. I am not sure why I get mail from them, or what the other paperwork said, but one thing I do know is that this top 10 list spoke to me. Take a look at the scriptures backing these statements, and learn a little more about prayer:

Which out of the 10 verses listed above revealed the most truth to you?

Thank you for voting
You have already voted on this poll!
Please select an option!
View Results Hide Results